Described as the Mediterranean’s most alluring island with sweeping olive-strewn landscapes, starkly beautiful Greek temples and Byzantine mosaics, this island in the sun offers outstanding food and culture and interesting cycling routes. Our itinerary includes overnight stops in Ragusa, Noto, and Syracusa, staying in charming and authentic lodging. Be prepared for some climbing and the reward of sweeping descents, along coastlines and through villages that throw out the welcome to visitors, especially those on bikes. Need inspiration? Read Francine Prose NY Time article; Enthralled by Sicily, Again.

Sicily is certainly unique; it’s beautiful with a colorful history going back 3,000+ years. The towns boast Baroque architecture and ancient palazzi and superb food and wine. If you have cycled in Tuscany, Umbria or Piemonte with us, southern Italy (and Sicily in particular) doesn’t have the same buttery smooth pavement that you find in the north and litter is sometimes found along roads here. Our itinerary takes these into consideration offering the best routes possible, staying in lovely hotels and visiting charming villages. Sicilians are passionate, proud and welcoming.

Note that the Classic and Luxe itineraries stay in different locations on certain days. On the 7-day Classic trip,  up to 4 nights are in villages and 2 nights at an upscale masseria. On the 7-day Luxe trip, 3 nights are in villages and 3 nights outside of villages in rural settings. When staying at a hotel in a rural setting, there are dining options at the property or you can always take a taxi to a nearby village.

Hybrid or Racing Bikes: US$280

E-bikes are generally available but are on an ‘on request basis ‘ and will be confirmed on receipt of your booking registration. E-bikes provided are the best rentals available in the region. Our regular fleet of hybrid and race bikes are fun to ride and light and fast, but if having an e-bike will make your trip, we’ll do our best to provide. E-bike rentals are non-refundable.

Please note: Final itinerary is subject to revision; any changes made are done so in an attempt to provide the best possible trip given route conditions and available services. Due to the nature of our business and exchange rates, prices are subject to change. All prices quoted are U.S. dollars but we gladly accept payment in Canadian dollars also. If you have any questions, please contact us.
Getting There We recommend flying into Catania-Fontanarosa Airport (Airport code: CTA; www.aeroporto.catania.it ). Arriving to Sicily: There are international airports in Catania, Palermo and Trapani. For this trip, it makes most sense to fly into Catania. We include a transfer from Catania to your first hotel, which takes approximately 45 minutes.  Classic and Luxe itinerary differ slightly.
1

Arrive to your hotel, check-in anytime after lunch and meet your bikes. Ride a loop day from your hotel, with time to stop in the village of Vizzini, considered one of the oldest cities in Sicily, ruled in the middle ages by aristocratic families and today a vibrant village with restaurants and cafes to enjoy. The Luxe option stays at the 5-star Castello Camemi and the Classic at a charming inn nearby or a lovely B&B in the village of Licodia Eubea. Distance: 40 km; 700 m gain*

TToday, set off for the nearby village of Grammichele, which was heavily damaged in an earthquake in 1693 and redesigned and rebuilt. A longer option reaches Caltagirone, famous for ceramics. On the return route, stop in the village of Mineo for a late afternoon refreshment before reaching your hotel. Distance: 44 km; 530 m or 80 km; 1400 m or 100 km; 1800 m*

Ride from Vizzini south to Licodia Eubea, Lake Dirillo and Villagio Gulfi, where you might be tempted to visit and taste wine at celebrated Gulfi Cantina. Arrive to Ragusa, known for its traditional Baroque architecture and one of the most beautiful villages in Sicily with great options for lunch. The Luxe trip stays at the Eremo della Giubliliana, a historic 5-star hotel on a rural estate located 10km outside of Ragusa. The Classic trip stays at the 4-star San Gregorio Palace Hotel in Ragusa center. Distance: 70 km; 1000 m (Luxe); 50km; 800m (Classic)*

Ragusa loop to Donnalucata and Scili

The Classic trip starts from Ragusa and loops south towards the coast and the charming village and splendid beaches of Donnalucata. On the return ride, stop for lunch in Scicli, a Unesco-listed Baroque town with abandoned cave settlements. Enjoy a walk in the historic centre of Ragusa Ibla, followed by dinner in one of the many excellent restaurants. Distance: 48km; 600m (& shuttle); 79 km; 1275 m gain*

The Luxe trip, having stayed at Eremo della Giubliliana loops south to the beaches of Donnalucata, and Scicli (see above) and then reaches Modica, another Unesco-listed site and a splendid village to explore and visit, staying at the exquisite Palazzo Failla. There are lots of great options for dinner here so you can choose to dine where you please – the restaurant at the hotel, Locanda del Colonello is a great option! Distance: 42 km; 600 m gain. Longer options available.*

The Classic trip begins from Ragusa with a morning ride to Modica. Be sure to taste the famous chocolate at our favourite artisanal shop. Cross the interior of Sicily on roads lined with orchards and farms, stopping at Noto Antica and its impressive castle from the middle ages. Stay at an upscale agriturismo with lovely swimming pool.  Distance: 70km; 1250m

The Luxe itinerary, having stayed at Palazzo Failla will depart Modica and follows a route across the interior of Sicily, past the ancient city of Noto Antica and into Noto, where you’ll stay at the Gagliardi Boutique Hotel. Conde Naste Traveler describes Noto: “In contrast to big European cities during the summer, this region of southern Italy has all the history of Rome along with the small-town breezy seaside charm of the Cinque Terre.” Stop in at Caffe Sicilia, founded in 1892, and now famous since Netflix featured the self-effacing Assenza in its Chef’s Table series. His exquisite granita, ice-cream and pastries all proudly showcase local ingredients and producers – almonds from Avola, lemons from Noto and pistachios from Bronte on the slopes of Etna. We recommend enjoying dinner at Manna, a superb restaurant that designer Gordon Guillaumier converted from the former cellars of the historic Palazzo Nicolaci. Distance: 70 km; 1250 m gain*

On today’s loop ride, cycle south towards the coast to some of the most secluded sandy beaches not just in Sicily but in all of Italy. Visit the sea-side village of Marzamemi. Take a swim, enjoy lunch at the atmospheric Traverna La Cialoma, or if you prefer to sun-bathe at an exclusive beach, head to Agua Beach Resort and then ride through the National Park Vindicari. Back in Noto, celebrate with another extraordinary dinner at an acclaimed restaurant. Distance: 48 km; 600 m gain or 84 km; 1050 m gain (Classic); 36km; 665m or 70km; 880m (Luxe) * 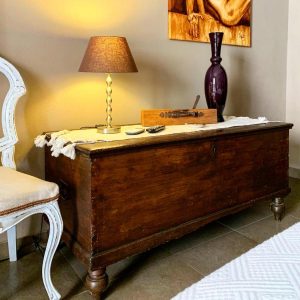 This charming B&B is in the village of Licodia Eubea and has rave reviews from guests who appreciate the hospitality of Francesco and Piero. "It was truly a luxurious stay in the most exquisite decor, the greatest attention to detail and the two most dedicated hosts we met in Sicily!..." 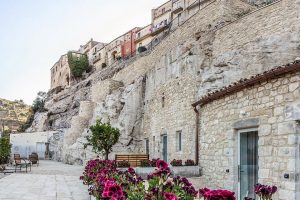 San Giorgio Palace is a lovely boutique hotel in Ragusa Ibla. Its modern design sparkles in the old stones of the original architecture. It is located in really nice part of Ragusa, and from there we can enjoy a panoramic view of Santa Domenica Valley. 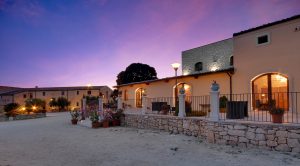 This top-rated charming hotel boasts comfortable rooms, a restaurant, swimming pool, and on-site massage. Located 15 km from Ragusa, close enough to taxi in for dinner and to visit. *Should you wish to stay in Ragusa Ibla historic center, you have the option to stay at San Gorgio Palace instead. 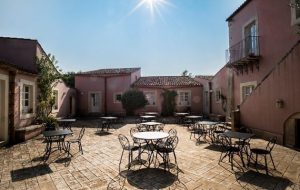 Translated as Farmhouse of Olives, this 19th century farmhouse is built around a baglio (courtyard) with an olive tree providing shade. The guest rooms are in new buildings and have high beamed ceilings and rustic touches. There is a large infinity swimming pool. 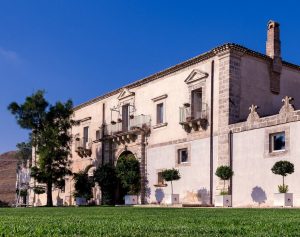 This property is a part-crenellated 16th century Masseria with beautiful grounds and views to Mount Etna. Inside are warm stone walls, white sofas, ecru draperies, rustic stone fireplaces. There is a long elegant swimming pool, floodlit for nighttime swims and an excellent restaurant with classic Sicilian menu. 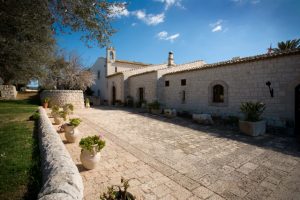 This property is a 15th century convent-turned-inn of the Nifosi family (antique collector, architect and chef among them).This 5-star hotel boasts an elegant restaurant, outdoor pool and spa, as well as an archaeological site and a private airstrip. 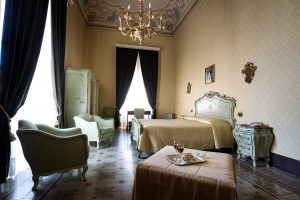 This elegant Baroque townhouse and 4-star hotel boasts an enviable location in the center of Modica, a few meters from the S. George Church and the Castle of the Counts. The guest rooms have frescoed ceilings and rich fabrics. The Michelin -starred restaurant, Locanda del Colonello is an option for dinner. 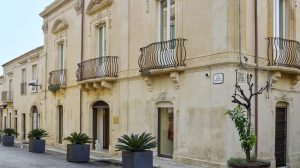 Housed in an 18th-century palazzo in the heart of exquisite Noto, this boutique hotel is romantic, sophisticated, luxurious and steeped in charm. Boastings a rooftop terrace with views of the Duomo and an attentive, friendly staff, this hotel is a favourite. 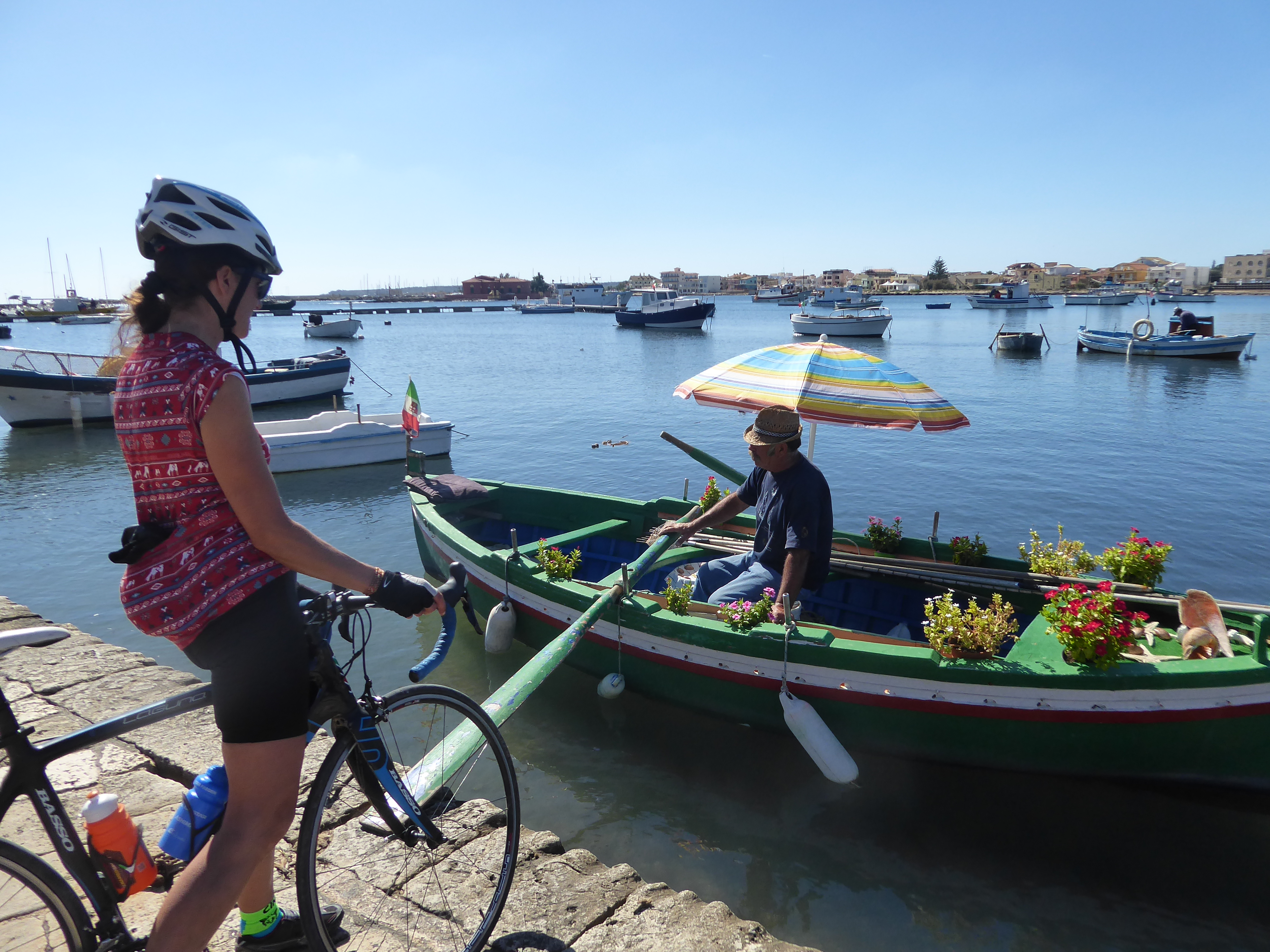 This is very well organized trip. Hotels were very well curated, food was good and scenery was colorful. Both biking and sightseeing afterwards were very interesting. Choice of restaurants was impeccable.
Trip is to be recommended full heartedly!

“I am writing to thank you again for our wonderful trip “

“We found the people we met made the trip so special. Several of us have already been talking about which trip to go on next year.” 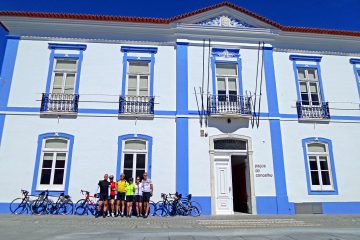 The Algarve region has been described as 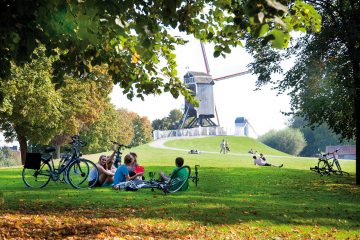 On Day 6, depart Willemstad and make 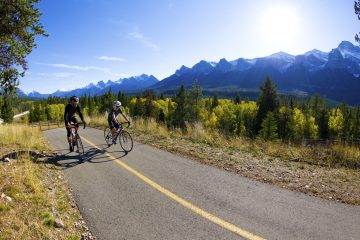 Experience the rugged wilderness of the Canadian
Trip starting at
USD $2,250
Detailed Itinerary
Book This Trip